Rice crackers are a common food for coeliacs as a gluten free alternative to wheat based crackers, however, I recently discovered that some "rice" crackers contain wheat!!

We were visiting close friends who served cheese and crackers. There were both standard wheat crackers and also two flavors of rice crackers. 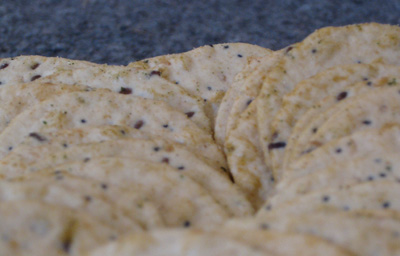 After getting home, my mum (who is also a coeliac) was not at all well and we started talking about what might have made her ill yet had only had a slight affect on me. In the end, the only thing we could think of was the rice crackers as I had only eaten on of the sesame ones as I preferred the basil pesto (my usual favourite). Mum on the other hand was particularly enjoying the texture of the sesame rice crackers which was what caused our suspicions to begin with. But they were rice crackers, so how could it have been them? There must have been something else. The friends know about our condition and had specially made sure that they had rice crackers for us. The next day we were in the supermarket and took a close look at the available crackers and to our horror, we found "sesame and wheat" flavored crackers on the same shelf as the usual rice crackers and in the same type of packaging.

It turns out that these are a product created by Fantastic which they call "Rice and Cracked Wheat" crackers as opposed to "Rice Crackers" which are gluten free. You can find a picture of these rice and cracked wheat crackers at the bottom of this webpage

. Sadly, they have really similar packaging to several brands of rice crackers and the crackers are the same shape and size too!

The moral of the story is the usual, of always checking the labels. So to reiterate, Fantastic's rice crackers are gluten free, however, a different product produced by them does contain gluten and not only looks very similar, but is also often located on the same supermarket shelf, so pay careful attention!

The page is just another way for you to stay in touch with gluten free information that is actually relevant to New Zealanders. Of note is the discussion page where you can communicate with other gluten free kiwis, so feel free to post any questions or messages about anything gluten free! It is also a great place to share interesting links.

The tabs, mentioned earlier can even be added to your own Facebook page if you like and similar pages will be added to the site itself over the next few days with RSS support for those of you who use RSS.

A new year of new opportunities

2009 has drawn to a close and what a year it has been. Between the celebrations and scrumptious gluten free holiday food it is good to look back over the year just passed as well as ahead into the new year.

Gluten Free Land is now approximately a year old and I am very happy with the progress it has made. I especially wish to thank all of you who have registered your free account and even more so to those who have also written reviews or shared recipes. I personally have discovered some great foods and recipes thanks to you. 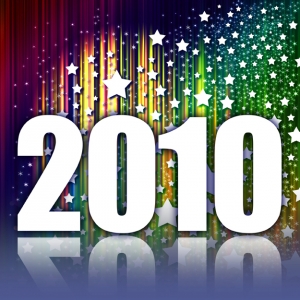 Looking ahead, however, there is loads planned for the site to make your life even easier! Just prior to Christmas, we started adding maps to cafes, restaurants, bakeries etc to help you find them more easily and plan to soon complete this and add a map of New Zealand with all of these on it so that you can find places to eat or purchase gluten free food based on where you are in New Zealand. We are also looking forward to enhancing the community aspect of Gluten Free Land and catering to those who in addition to gluten have to avoid other allergens such as dairy, soy or egg. There are many more ideas in the works too, however I'll leave some for another time.

We'd like to wish you a happy new year and hope that 2010 is your best year yet and that you don't get unexpectedly "glutened". As always, feedback and ideas for the website are most appreciated as well as your views, reviews & recipes so keep those coming.

All the best from the Gluten Free Land Team.

That time of year

It seems as though Christmas comes around faster every year and 2009 is no exception.

We'd like to take this opportunity to wish you all a very merry Christmas for tomorrow. Hopefully you were able to find or create plenty of gluten free goodies. I found all sorts of goodies at Gluten Free Bakeries, not to mention Gluten Free Candy Canes and also had success with my attempt at following this mince pie recipe. 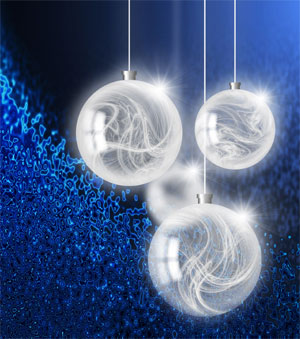 There is loads more planned for Gluten Free Land in the new year -more on this next week.

Until then, Merry Christmas and season's greatings from Gluten Free Land!

If you're anything like me, you'll seldom check ingredients of things that you buy on a weekly basis at the supermarket but already know to not contain wheat. Recently however, one of my regular products changed the recipe.

I'm talking about nut bars. Once upon a time, there were two brands of nut bars sold in supermarkets that were marked gluten free, but located amongst the standard nut bars, muesli bars and other such snacks. Earlier this year, both brands changed to "made on a production line that also handles cereals containing gluten" and I accordingly removed the products from Gluten Free Land along with the fantastic reviews that both had received from myself and others because although they are probably safe for most Coeliacs, this website is only for products that are definitely gluten free. However I continued to happily eat these bars without becoming noticeably ill. 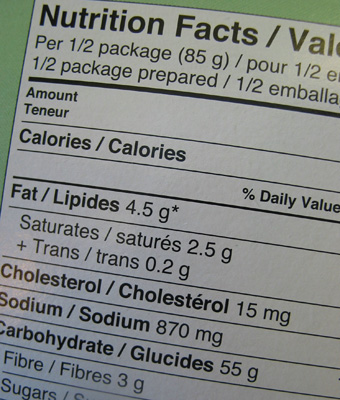 Last week, however, somebody pointed out to me that the two boxes of Nice & Natural Nut bars that I had bought (but not yet opened) had a little triangle on the top of the box with the text "New Improved Recipe". It turns out that this new improved recipe contains "the goodness of wheat". This is a real shame as these bars really were delicious, but obviously, I can no longer eat them.

This brings me to my point. How often do you take the time to check the labels on things you buy? This is a clear reminder that products can and do change their gluten status so it pays to be vigilant as it is not always in the helpful direction!

So what do you reckon? Feel free to make a comment below and please vote in the poll on the top right of the Gluten Free Land home page -do you usually check the ingredients every time you buy something or only the first time?